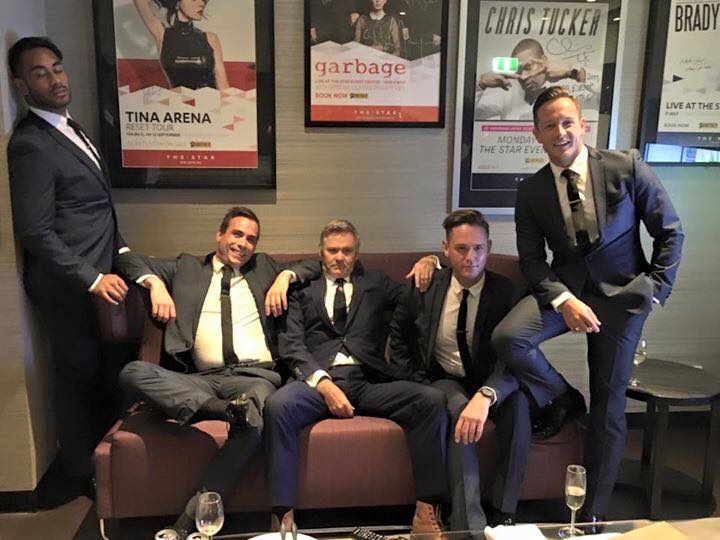 After the thrilling excitement of performing alongside Bon Jovi, Maroon 5 and Pharrell Williams at Singapore’s F1 Grand Prix Boys in the Band have kicked off 2016 with a bang heading out on the road for HSBC!

With six massive events across the country celebrating the Chinese New Year, Boys in the Band performed their 45minute feature show to VIP guests in Perth, Melbourne, Sydney, Brisbane, Adelaide and Canberra.

Held in some of Australia’s most beautiful venues the events were hosted by TV Presenter & Comedian Paul McDermott while the boys ensured everyone got involved in the festivities keeping the dance floors full.

With an all-star cast, world class quality and an internationally renowned reputation, Boys in the Band continue to prove why they are the number one show of its kind within corporate and concert events.

“I cannot recommend the Boys in the Band enough. Their energy, professionalism and talent where exactly what was required for our event, and made even the most conservative of guests sing along to their performance…Highly recommended!”