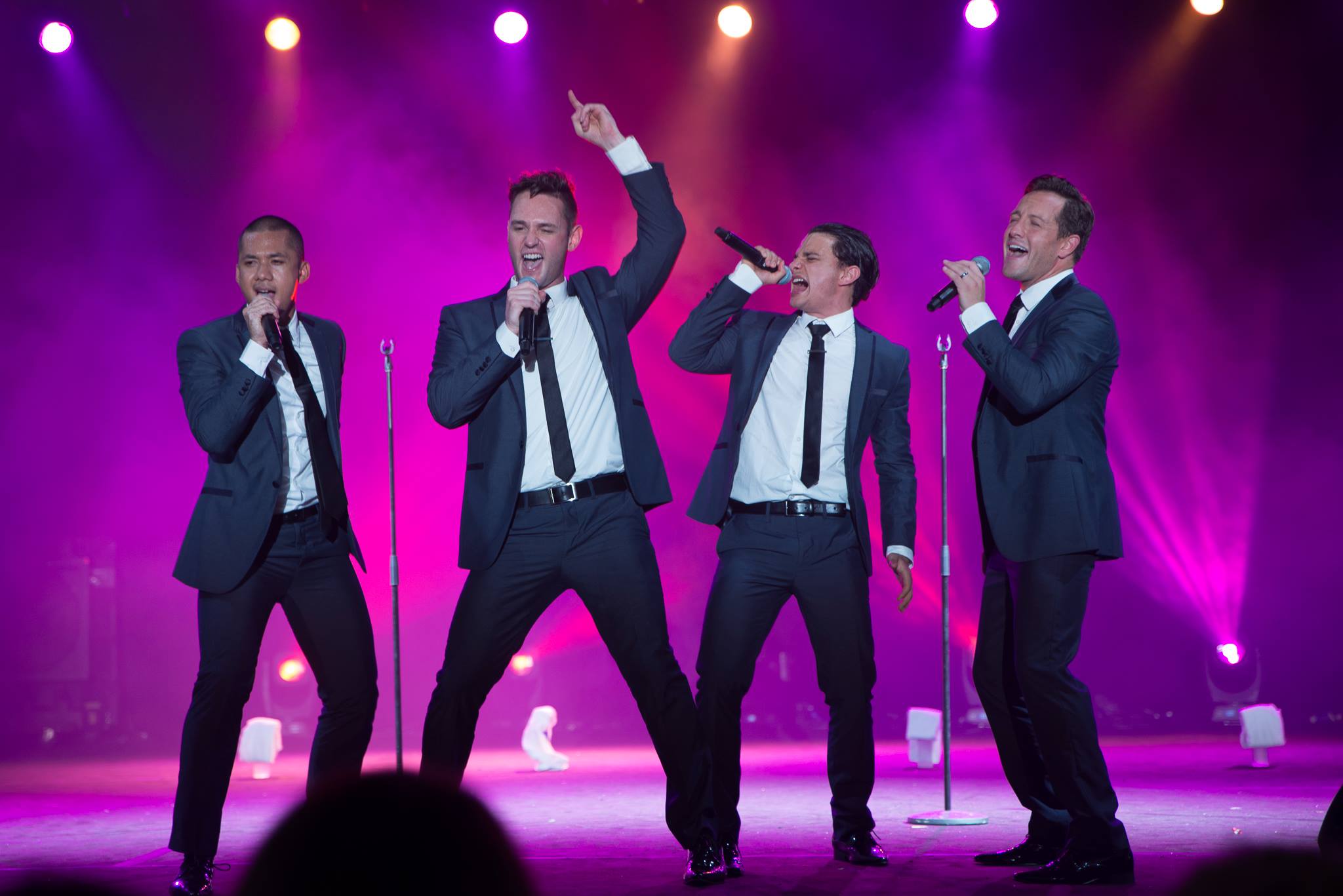 Boys in the Band marked a definite career highlight on the weekend jetting off to Singapore to perform as one of the main headline acts track side at the Formula 1 Grand Prix. With five massive shows over three days and crowds in the thousands the boys were honoured to be included alongside star acts such as Bon Jovi, Maroon 5, Pharrell Williams and Spandau Ballet.

The buzz didn’t stop there with Singaporean race goers embracing the show and taking to social media with rave reviews, videos and amazing photographs of the boys’ epic performances across all the different performance stages. Needless to say with huge crowds and spectacular venues our phenomenal cast had a blast performing even if they did melt in the heat!

Boys in the Band are coming to the end of their 2015 tour with just one more show which is at Sydney Norths Leagues on Sat 26th September.

Check out Boys in the Band’s Facebook page for videos and photos www.facebook.com/boysinthebandlive