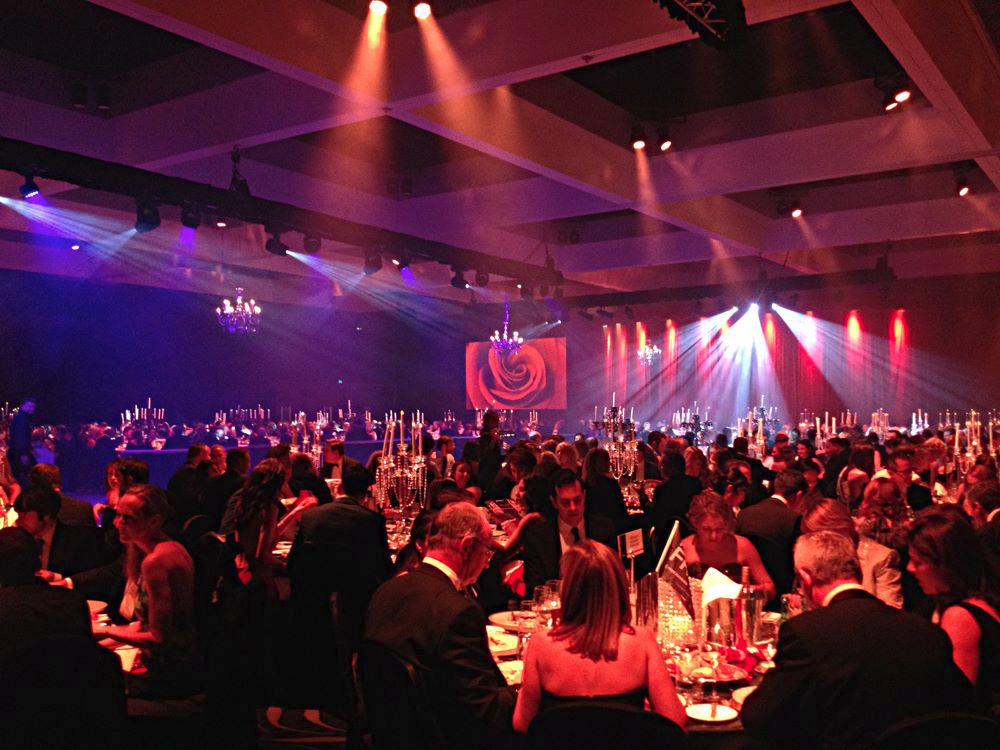 Boys in the Band, Entertainment by Design, News, The Players

SMA are experts at creating customised ‘Entertainment by Design’ concepts and we did just that for the 1000 strong audience at the Youth Focus Ball in Perth over the weekend.

Staged at the Grand Ballroom at Crown Perth, the entire evening’s entertainment program was created and produced by our Managing Director Dale Burridge to specifically match the gala’s feel and theme ‘Le Phantomé de Opera’. Commencing with interactive roving dancers and a masked harpist and moving into a high impact opening act including 18 fully choreographed ballerinas and our very own Dale Burridge & Danielle Everett (stars of the original Phantom of the Opera) the night certainly kicked off with a spectacular bang.

MC’d by Dale the night was a spectacular success with both Boys in the Band and Toni Bird & The Players band especially flown in to ensure that the dance floor was full from the start and still partying into the wee hours!

SMA were thrilled to receive this wonderful email from our client:

“I wanted to personally thank you for the part you played in making the Youth Focus Charity Ball 15 such a massive success.
This is my 12th year as Chair of the Organising Committee and you have now been involved for 11 of those 12 years. I don’t think that there is an act of yours that we have not incorporated over these years and always with great success.
This year presented us with a new challenge given we needed something new.
I gave you a brief and you took it to another level. You created something truly spectacular and certainly memorable. Something not done before. Many guests have been saying it was one of the best! Handing the entire entertainment program over comes at a risk and yet you delivered something even more spectacular than I had envisioned (and you know I have high expectations).

You role as MC always worked so well. I think there is an element of surprise and wonderment when one minute we have this amazing performer filling the room with song and the next he is holding the entire room’s attention as Master of Ceremony.

It is always an absolute delight working with you and your company of amazing performers. Until next year!”
Debbie-Ann Scott | Chair, Youth Focus Ball Organising Committee