Boys in the Band, News, The Diamonds, The Players 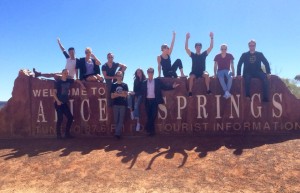 It was a triple threat in Alice Springs as not one, but three of our world class shows descended upon the Northern Territory to entertain guests at the Annual Alice Springs Cup Ball.

The Diamonds opened the night with a thrilling performance of “One Night Only” and their Motown medley to match the night’s theme before Boys in the Band took to the stage performing a 25minute set that had everybody up on the dance floor!
The Diamonds later returned to perform their headline set with much applause and singing along from guests and were expertly followed by our party band The Players who not only backed the evenings shows but finished off the night with hit tunes that saw everyone grooving until the wee hours.