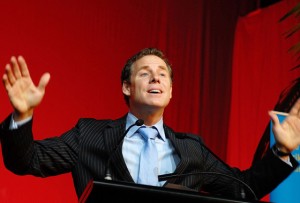 Opera by Disguise delivered a spectacular and customised performance at the Campbelltown Catholic Club’s VIP Members Event treating one hundred of their most valued members to a special opera surprise.

Posing as the venue’s Maitre d’ and two of his hard working assistants, guests were none the wiser when the boss erupted into a spontaneous performance and was then quickly joined by his two colleagues. Once the secret was out the audience were treated to a spectacular performance of some of the world’s most loved classical and popular arias.