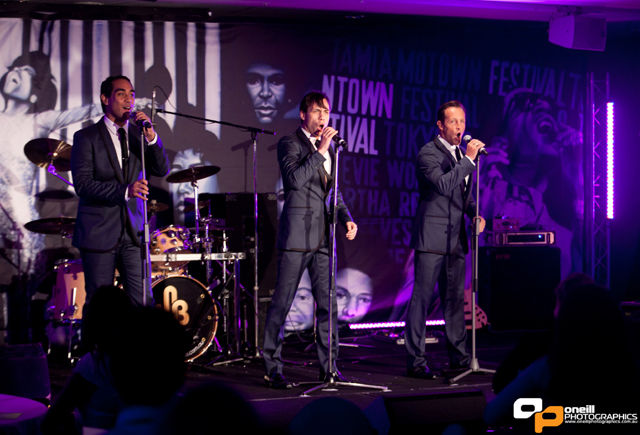 BITB at its finest! No sooner had the boys reached “Can’t take my eyes off You” in the Frankie Valli and The Four Seasons opening medley, did the crowd storm the stage. By the time the boys got to the Jackson Five and Bee Gees segments, there were cameras flashing and new fans reaching up to the stage, hoping to get a hand hold from one of the lads, or at least touch the occasional shoe!

A massive hit with the crowd, the boys had to make a speedy undercover exit following the show to prevent from being mobbed – true rock-star style!