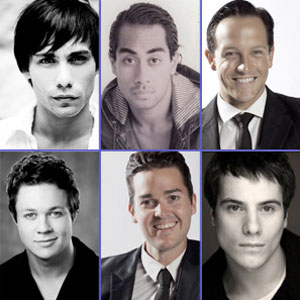 After holding extensive auditions for multi-talented young guys that could dance up a storm and have the ability to sing a wide range of iconic pop material, we knew we had our work cut out for us.
Potential cast flew in from all over Australia and tried out for this exciting new show choreographed by one of Sydney’s leading choreographers Cameron Mitchell and directed by SMA’s own David Malek.

We are proud to announce six talented additions to SMA’s ever growing stable of leading artists. Our Boys in the Band have featured in musicals, concerts, TV commercials and also include a couple of existing and past cast members of the current smash hit musical The Jersey Boys.