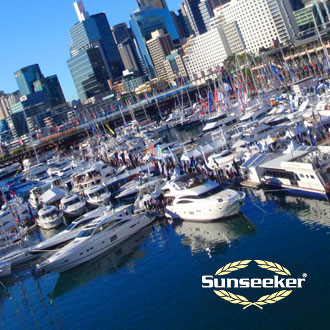 Moored in the middle of Darling harbour, the seas were calm as Opera by Disguise and String Diva set sail at Sydney’s boat show! Our Divas, dressed in their new designer outfits by Alicia Hollen, received a rapturous response from the intimate 250-strong crowd finishing their appearance the ever-popular James Bond Medley.  Marco DeAngelo (aka, SMA’s David Malek) created the ruse as Guest Speaker before his “wife” Maria joined him on stage to share her rendition of Oh Mio Bambino Caro.  MD and host Alf Barbagallo was impressed, quoted as saying quite simply, “This is the best entertainment we have ever had.”

“A big thank you to you and your team… many people said it was the best event they had ever attended and to get a comment like that from our customers is a HUGE compliment.”