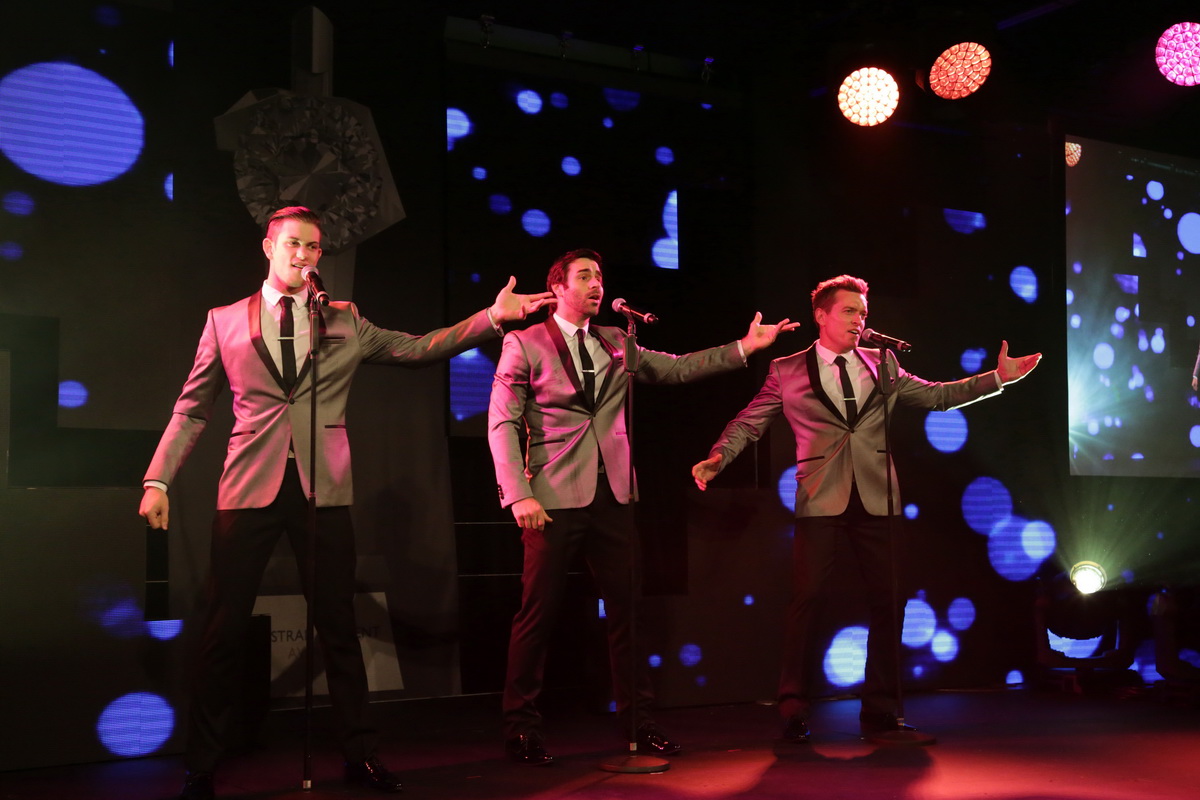 Boys in the Band, News, SMA, Swoon, The Diamonds

Appointed the honour of being the Official entertainment sponsors of the 2015 Australian Event Awards, SMA proved once again why they are Australia’s leading corporate and concert entertainment producers. Delivering a sensational line up of three of their hottest shows, the internationally acclaimed ‘Boys in the Band’, star act ‘The Diamonds’ and brand new show ‘Swoon – The Mad Men of Swing’, SMA Productions were the talk of the evening.

Held at Doltone House with the who’s who of the events industry in attendance and hosted by Saxton’s Speakers star MC Catriona Rowntree, SMA provided the WOW factor ensuring the night was a huge success!